Conflict or Blood Diamonds - What you should I know - Brown Goldsmiths

What should I know about Conflict or Blood Diamonds? 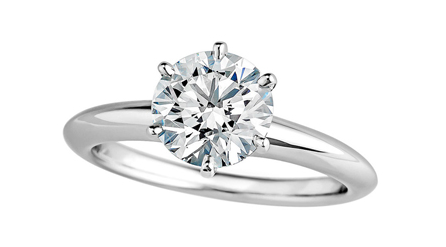 This issue is both important and complex. The term, Conflict Diamond, or Blood Diamond, was coined in the 1990’s. The term refers to diamond crystals, mined in the African countries of Sierra Leone, Angola, Liberia, the Democratic Republic of Congo, and Burkina Faso, that have been illegally traded and used by politically funded rebel forces and terrorist groups to obtain weapons and/or money to support their causes and to fund their movements against legitimate governments. Horrific mutilations, deaths and other atrocities were perpetrated by these forces as they attacked villagers, as well as miners, in their quest for the weapons and cash that the raw diamonds might fund.

In the late 1990’s, aided by the efforts of non-governmental organizations (NGOs) such as Global Witness, jewelry organizations like the American Gem Society (AGS), Jewelers of America (JA), Jewelers Vigilance Committee (JVC), and other members of the industry became increasingly aware and alarmed by the grave human suffering being caused by rebel groups in their quest for weapons, power and funds. On November 5, 2002, fifty-two governments ratified and adopted the Kimberley Process. This joint initiative, begun in 2000 by governments, NGOs and the diamond industry, had been immediately supported by the United Nations General Assembly and was the first time a global industry of any kind had collaborated with the UN, governments, and NGOs to address an important humanitarian issue. The purpose of this initiative was to prevent any blood or conflict diamonds from entering our country and to stop the flow of such gems in other regions of the world.

Today 81 governments adhere to the Kimberley Process, which requires that each shipment of rough diamonds being exported and crossing an international border must be transported in a tamper-resistant container. This container must be accompanied by a government-validated and uniquely numbered certificate and may only be exported to a country that is a co-participant in the Kimberley Process. The process also requires participant countries to institute internal controls so that from the point of first export, the rough diamonds are protected. Further, any rough diamond crystal being re-exported also requires a Kimberley Process Certificate.

Brown Goldsmiths takes the issue of Conflict Diamonds very seriously. We require the following statement of assurance from our diamond suppliers and on all diamond invoices: “The diamonds herein invoiced have been purchased from legitimate sources not involved in funding conflict and in compliance with United Nations resolutions. The seller hereby guarantees that these diamonds are conflict free, based on personal knowledge and/or written guarantees provided by the supplier of these diamonds.” Under this industry System of Warranties, records must be kept of all transactions involving rough or polished diamonds and an annual internal audit is required. These audits may be requested by an authorized government agency in order to verify compliance.

Brown Goldsmiths was recently accepted as a member of the Responsible Jewellery Council, an international organization founded to address areas of ethical, social and environmental concern at every level of the jewelry industry. Issues are complex. There is more work to be done. The international diamond industry employs some 10 million people directly and indirectly, many in developing and third world countries. Where good governance and appropriate laws, diamonds, like other natural resources, are a source for revenues. These revenues help build infrastructure and provide essential social services, often in regions where poverty and disease are prevalent. Despite our small size, we treasure the privilege of grappling with large issues and with complexity in our efforts to contribute to a safer and better world for all peoples.

To see our beautiful selection of conflict free diamonds visit our showroom nestled in the heart of the Freeport, Maine outlets.

Have a question for our team of experts? Whether you have a general question you'd like answered on our blog, or a specific question about a piece you own, please send it our way. Ask The Jeweler